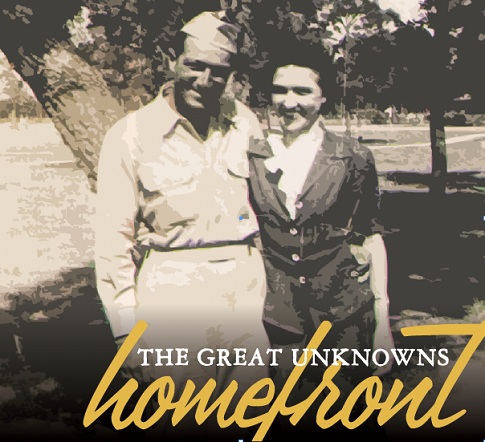 I have a directory on my work computer called “to check out”. Obviously, it’s where I drop albums I wanna check out for review/airplay. One day while parsing through that overrun folder, I came across a zip file for The Great Unknowns. The fact that I had no idea who they were or where I got the file from coupled with their name was amusing enough to me for me to actually check them out. The result is one of my newest obsessions.

The band has used The Great Unknowns as a creed as much as they have a band name. Their debut album was picked up on Indigo Girl’s vanity label, Daemon Records, and was even named a Top 10 album of 2004 by No Depression. And just like that, they pulled a Keyser Soze and vanished.

Flash forward eight years and January of 2012 saw the band return with Homefront. Homefront is an album about loss. That was evident the first time I listened to its 12 tracks. Before I knew any of the backstory. Before I knew that lead singer, Becky Warren, had spent a large portion of the band’s absence trying to save her marriage to a soldier who came back from Iraq a changed man, I knew she had lost something very special to her, and that Homefront was her catharsis.

A lot of album reviews are an effort to describe what a band sounds like. Not this one. I wanna try and describe how honest, even in her own culpability, Homefront is. How raw the album is lyrically. Homefront isn’t a breakup album, it’s a reflection album. It’s an album that anyone who’s lost something dear to them can find common ground with.

One thought on “THE GREAT UNKNOWNS – HOMEFRONT”