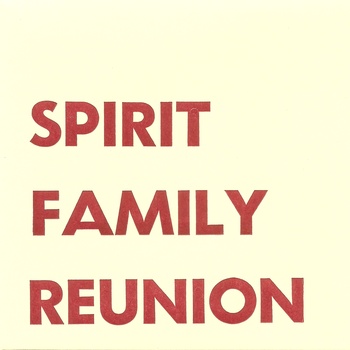 15.The Sparklers – Crying At The Low Bar

The review of this album generated a good bit of positive feedback.  I was surprised people liked it as much as they did.  It’s a really good record and because of the reaction I ended up listening to it more than I probably would have otherwise.  Thanks y’all.

14. Justin Townes Earle- Nothing Can Change The Way You Feel About Me Now

This record has grown on me over the course of the year.  Earle has talent and he’s not afraid to mix things up.  I don’t think this record has as much Memphis on it as most people do but it’s damn fine nonetheless.

The songwriting seemed to take a bit of a backseat on this release, compared to the two previous DWM records, but the sounds and the rhythms are top notch.  The band has seemed to receive a ton of recognition from this record and I’m confident they deserve every word written.

A Dog In This Fight

One of the nice things on this record is that because Todd plays a lot of electric guitar his bitter venom on a couple of songs is more deadly than usual.  It’s a rough record by design and I’d march up the pyramids with Todd if he told me to.

I’m listening to this record as I type this, for the gazillionth time, and it’s still strange and beautiful and kind of makes me feel the way last year’s Cave Singers record made me feel.  Word is there is a shortish LP coming from Dinero coming in the early part of 2013.

Yes it’s a live record and without any new originals but it’s so damn good.  I feel like I just wrote the review of this record a week ago so I don’t have any new thoughts.  Just listen to it and find the video from their appearance on Letterman, old David was pretty pumped up it.

Heart On A String

9.John Fullbright – From The Ground Up

The more I listen to this record the more I dig it.  Fullbright is young to be composing music the way he is.  He isn’t afraid to be understated and restrained but there’s plenty of punch on this Grammy nominated album.

Their sophomore effort is such a huge step up from album one and word from the 4H Royalty headquarters in Byers CO is that another record is nearly finished and songs are being written for the follow up to that one.  When listening to UFOs pay attention to the subject matter, nobody is writing songs about the kinds of things these guys are writing about.

Another debut album on my list.  His four song EP was such a teaser and Worried Man lived up.  Combs is another one of those songwriter who is compared to Guy Clarke but he’s better than all the others being compared to Clarke.  I truly hope he’s a prolific writer and that this album has found enough success that more albums come on a yearly basis.  If they do I suspect Andrew Combs will be on my best of list for years to come.

Take It From Me

I firmly believe that these kids can make a record that can be much higher on my list.  They are so damn good already, hopefully all the success they’ve had helps them make a great record, and not the other way around.  I’m ready for whatever’s next.

Women & Work is Lucero’s most danceable record.  It’s just fun, damn it.  It’ll never be my favorite release from them but it’s the best album they’ve made for dancing with women instead of moaning about them.

It May Be Too Late

Long gone are Patterson’s days of writing brash in your face rockers.  He’s developed into a literary rocker unafraid to present his work in calm and understated recordings.  I dig it so much because my listening preferences have happened to shift with his output.  God, I need to own this vinyl.

Better Than The Truth

I often think of AA as the little band that could.  When I first saw them The Bible & The Bottle was fresh out and three studio albums later they’ve put out their best yet.  Does Jason Isbell turning the knobs help?  Probably, but more importantly the band has gotten tighter and tighter as the years have passed and BJ’s songwriting gets more and more consistent.  Most likely you’ve heard about AA but if you haven’t picked up Burn.Flicker.Die you’re late to the party so drink fast.

I heard about this record in the Nine Bullet offices for a while before I listened to it.  Holy shit I’m glad I did.  This record is what Nine Bullets is all about.  Here’s a guy making phenomenal music that not enough people know about.  It’s not that the whole world knows about him now, but if it wasn’t for Nine Bullets I wouldn’t know about him.  Do yourself a favor.

Ask That Pretty Girl To Be My Wife

Their first full length is rugged but uplifting. Their songs are delivered with such fervor and unrestrained joy.  If you still believe music can make a bad day good then check out their Tiny Desk Concert. I love it, love it, love it.

I Am Following The Sound

One thought on “Charles Hale's Best Records of 2012”