I thought, when AIV and I talked about this a HHO last year that I would make an emotional post and feel sad that this announcement had to come. The reality is that I feel relieved. As of now 9 Bullets is in archive mode. I am turning off the comments on all posts and no new content will be posted. The site will remain up for historical purposes as long as AIV pays for the domain. I should have more to say but I honestly don’t. I do want to thank everyone who read us all in the glory days and beyond. Something great happened here and we let it go on way to long after that. I love you all!

In the newest installment of Wannabe, artist Chris Prunckle reviews Don’t Go Baby It’s Gonna Get Weird Without You, the new album from gritty alt-country outfit Porter and The Bluebonnet Rattlesnakes, in his signature six-panel comic strip form. The album was released approximately a year after the band’s front man Chris Porter was killed tragically in a car accident while on tour. Click on the image for full resolution (best viewed on desktop):

Read our full written REVIEW of the album HERE. 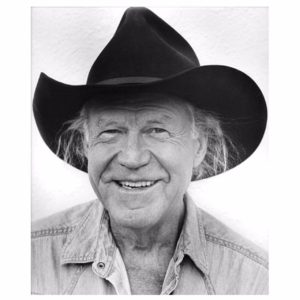 This Weeks Episode Features An Interview With: 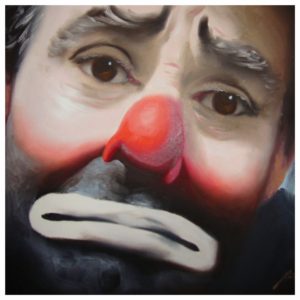 Andrea Juarez never planned to release an album, but it seemed like the best way to honor her fiance, Chris Porter, who passed away on tour October 2016, when their van was rear-ended on the interstate. Mitchell Vandenburg also was killed, and Adam Nurre miraculously survived the horrific wreck. Porter was mostly finished with tracking his album, Don’t Go Baby It’s Gonna Get Weird Without You, which he had recorded in marathon sessions with Will Johnson (Centro-Matic) producing, and Shonna Tucker (Pegi Young, Drive By Truckers) and John Calvin Abney (Solo, John Moreland) with whom he had toured. Bonnie Whitmore hosted a memorial concert to raise the rest of the funds to finish the record, which will be released on the anniversary.

Scroll to the bottom of this post for the podcast and iTunes links.

Generally, fuck Los Angeles. It’s a post-desert wasteland of pay-to-play venues and Instagram feeds littered with cheap photo-class headshots moonlighting as band flyers. The traffic flows smooth as a bloodclot in an Alex Jones neck vein and the air smells like dragon shit. But every once in a blue (or in LA, brown) moon it’s worth battling the existential dread of the 134 freeway for a chance to catch a truly great band in a dark, beerstink room that (once you’re in and you forget about how much it just cost to park your car in the perfect spot to lose your radio) could really be anywhere in America; tonight, that room happens to be The Echo on Sunset Boulevard, temporary home to the Roots Roadhouse Festival and, most importantly, Sarah Shook and the Disarmers.

Ever since their debut record Sidelong was re-released on Bloodshot Records this past April, I’ve been waiting for a chance to see Shook and her band burn down a venue with their particular brand of Alt.Country, which careens like a shatteringly hungover pendulum between southern-fried Americana and punk. Sidelong, for me, incorporates the best aspects of Lucinda Williams and Hank III (dark, compelling songwriting/musicianship and sneering, brash delivery) while managing to eschew the worst elements of both (a near-dylanesque rejection of the meta and abject levels of racism and misogyny.)  Live, the Disarmers bring the same level of intensity and authenticity to the stage.

Tonight, despite its being located a few hundred miles to the south of my California comfort zone, The Echo feels strangely like home. There’s a nary a hipster to be found, which is refreshing, though knowing LA, not all of these folks wear this much denim on the regular, and a few of the Stetsons look a bit newish. Still, I quickly spot a couple “Alt Country not Alt Facts” tees peeking out from behind the pearl snaps and even a few familiar faces; Mark and Lance from Mike Stinson’s band are right where I last saw them- lounging at the bar (it was a different bar though, in a different town, in a different month but who’s keeping score?) I have just enough time to grab a bourbon and soda as the line check rolls up; the band members crack a few last jokes off mic, Shook takes a big swig of PBR and they kick into the first song of the set.

From the get-go, it’s obvious that this is going to be a good night for the Disarmers, seeing as how the crowd pushes toward the stage enthusiastically, pints raised roofward at the very first bell-clear swell of the pedal steel. Unfortunately, Shook’s almost husky lower register gets lost somewhere in the rafters during the opening number (apparently the place is called “The Echo” for a reason) and as she pauses to tune her trademark big, beautiful Gretsch hollowbody between songs the crowd starts hollering “more vocals!” at the soundbooth. Sarah looks up with a crooked grin and squints into the lights; “I think someone here wants some more of my voice” she drawls. The invisible hand of the soundman prods the fader and the old, dented 58 springs to life as Shook chuckles, obviously pleased both with the mood of the crowd and her good fortune at getting a mix adjustment without having to be the bad guy for once.

The set focuses, quite appropriately, on tunes from Sidelong. It’s the Disarmers’ first West Coast tour, but as they skip around the tracklist from the record, it quickly becomes obvious that while the band might not have made it out to California until now, their songs have definitely preceded them. Each one is greeted with a cheer and a lot of the room sings along for most of the set. When Shook turns to lead guitarist Eric Peterson and asks “how about ‘Fuck Up’?” the crowd bellows out a hearty “hell yes!” “I wasn’t talking to you” Shook shouts back, but she’s beaming; she seems almost startled that we know the back half of the record (understandable in a culture that previews music online with the general attention span of a Jager-drunk frat kid on a leftward Tinder-swipe spree) but the band takes advantage of the moment and away we go.

The arrangements are almost dead-to-rights off the album, but the delivery still feels fresh. Shook’s vocals ride easily though the welcome diversity of range in her songs, moving from that low, ominous growl in “Heal Me” to the clear, almost falsetto-fragile tremble in the chorus of “Dwight Yoakam.” The latter is, for me, the stand out number in this particular set, delivered with a fierceness and intensity that holds the attention of the increasingly rowdy room despite its placement as the penultimate song of the evening and its uniquely introspective, mid-tempo waltziness. And while Shook is not the type of frontperson to roll around on a LA divebar stage (there are far more enjoyable ways to contract herpes) she exudes a hell of a lot of energy from her tiny frame, strumming with nearly her whole body and occasionally drifting back to whip her hair for a bit with drummer John Howie, Jr. during the instrumental breaks. Peterson takes advantage of these opportunities to attack his lead guitar parts with a sort of blue-collar economy, wringing deceptively complex and undeniably tasty licks from a yellow telecaster with a headstock that looks like the gut-hook on a hunting knife. Howie, Jr. and upright bassist Aaron Oliva keep it in the pocket with some punk-derived drive but manage to avoid the tired “third night in a row on a shitty cocaine bender” trainbeat schizophrenia that plagues much of “outlaw country.” Meanwhile pedal steel man Phil Sullivan infuses the whole thing with those crystalline wailings that are so essential to both the physical and existential glue of any true country band.

The set ends too soon, of course, thanks to the time-constraints of the festival setting and Shook and her band load off quickly. The crowd heads to the merch table to grab t-shirts, vinyl, and the requisite handful of stickers that will soon adorn the dented bumpers, stop signs and urinals of the greater Los Angeles area. Sarah locks her Gretsch in its case and stands by the green room door greeting fans and signing records. She’s all smiles now, with no sign of the deep frown she wears while diving for those low, lonely notes onstage. I’m surprised by her warmth and kindness as she scribbles her name neatly on the back of my newly-purchased LP but I guess I shouldn’t be- there is an innate human-ness to Shook’s music despite its hard-drinking, hard-living bravado and seeing her sing and socialize in person quickly confirms the authenticity one suspects in her even upon the first spin of Sidelong.

I grab another cocktail and head through a long, winding hallway toward the back patio stage to catch the next band, still glowing a bit with the joy of watching real people play real music. I round the corner to find some asshole in a red velour suit and a clean cowboy hat crooning “I wish John Waaaaayne was a cuuuuuuntry saaaaaangerrrrrrr” in a southern accent that sounds about as worn in as the shiny Strat that hangs nearly untouched around his remarkably white neck. Next to him, a guy in a tye-dye t shirt noodles through the Bakersfield fakebook while a wax statue of John Waters tickles the Moog. Ah, Los Angeles.

In the newest installment of Wannabe, artist Chris Prunckle reviews Ain’t That Bad, the new album from country rocker Timmy The Teeth, in his signature six-panel comic strip form. Click on the image for full resolution (best viewed on desktop):

Roots N Blues N BBQ has quickly become my favorite music fest. Held in Columbia, Missouri, it offers three days of outstanding live music, delicious local food vendors, affordably priced quality craft beer and some of the best musicians and fans one could ask for. Hosted at Stephens Lake Park, the fest consisted of two stages, 32 bands and more than plenty of space to spread out and relax in the perfect 70 degree weather.  I never thought my experience from last year would be topped, but in its 11th year, RNBNBBQ has proven they still have plenty of surprises up their sleeve. I just hope I’m invited to come back for thirds, as this hidden gem is the musical equivalent of the whole hog.